The lost lender for the offshore resort
By: Zsoldos István (Zsopi) 2013. már 22.

Cypriot banks will not fully reopen any time soon. Not even next Tuesday. Capital controls are likely, and potentially not just in Cyprus. The simple morale of the story is that never ever keep money in a banking system/country which is broke….

The Cyprus story is changing fast, but there is already plenty to learn from it, and more will come.

Just as a reminder, Cyprus used to be (in)famous for tax evasion schemes (inside the EU but behaving like an offshore tax haven), has a financial system that is about 7 times its GDP, it is broke (it was lending money to Greece, among other things), and its banks are closed at the moment as there is no political consensus on how to sort out this mess. On the EU side, there is no political desire to use taxpayers’ money to fully bail out those (among others) who evaded taxes or “questionable characters” from Russia. 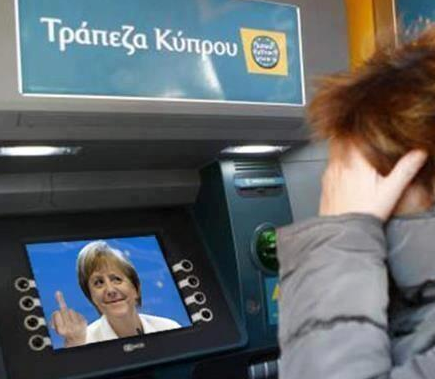 A few observations on this issue:

End of the off-shore story in Cyprus

Your money, your risk

“One-offs” will be repeated (elsewhere too)

This is a new stage in the slow-motion train-wreck that is the Eurozone crisis. It is far from over.