What happens in Vegas does not always stay in Vegas
By: Zsoldos István (Zsopi) 2013. ápr 05.

Unemployment in the Eurozone is at 12%, and the dismal short-term activity and sentiment indicators point to a likely further rise. In the meantime, the unemployment rate in the US is on a downward trend (even if it is still relatively high, compared to historical values). This is interesting because things looked very different back around mid-2009. At that point, which turned out to be the trough of the first phase of the Great Recession, employment had been declining significantly faster in the US than in the Eurozone. By Q3, 2009, US employment was down by 6% from its peak, Eurozone employment by 2.5%. And the US unemployment rate, which has always been significantly lower than in Europe, had reached the Eurozone level at that time (see chart below). 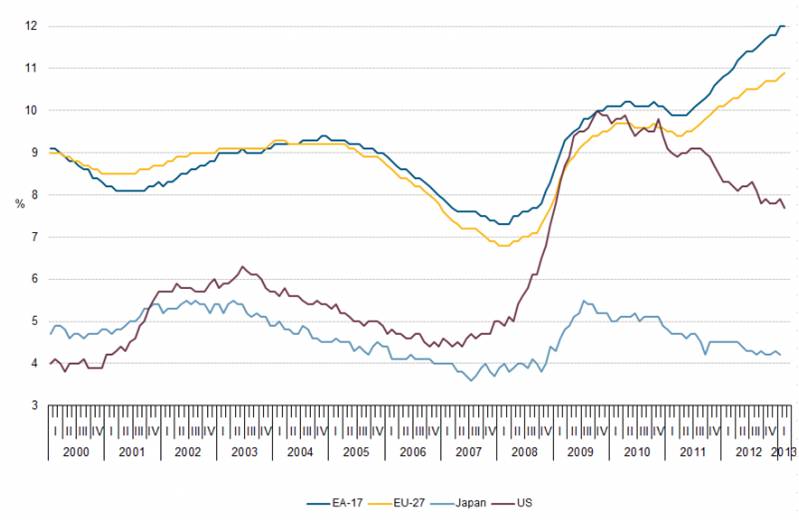 But then the same old pattern seems to be coming back. The unemployment rate difference between the Eurozone and the US now is as wide, or even wider, than usual (about 4-5 percentage points), three and a half years after being the same. Employment in the US is still down from the peak, but only by 2%. In the Eurozone, employment has continued to decline, and now is probably down by more than 3% from the peak (we only have Q3 2012 Eurostat data).

There are several reasons for this:

It is also worth taking a look at the country level unemployment rates: 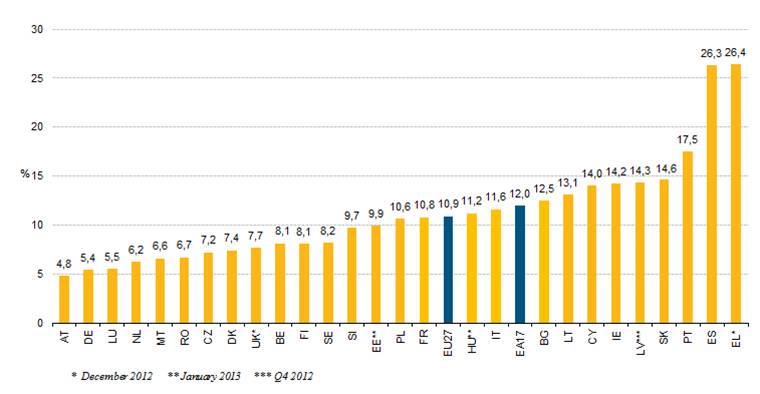 The US (since the Great Depression) never had an unemployment rate in any state as crazy as Spain or Greece currently have (above 25%). In February, the highest unemployment rate in the US was in California, at 9.6%, and the lowest in North Dakota, at 3.3% (remember the shale gas boom we wrote about?).

Let’s take two specific examples to see the difference in the adjustment process. Hot, with a property boom that went bust and containing a lot of Spanish speaking people – that describes both Spain and Nevada. The decline in employment initially was much the same (in fact, the cumulative employment decline was smaller in Spain than in Nevada up to 2012, see chart below) 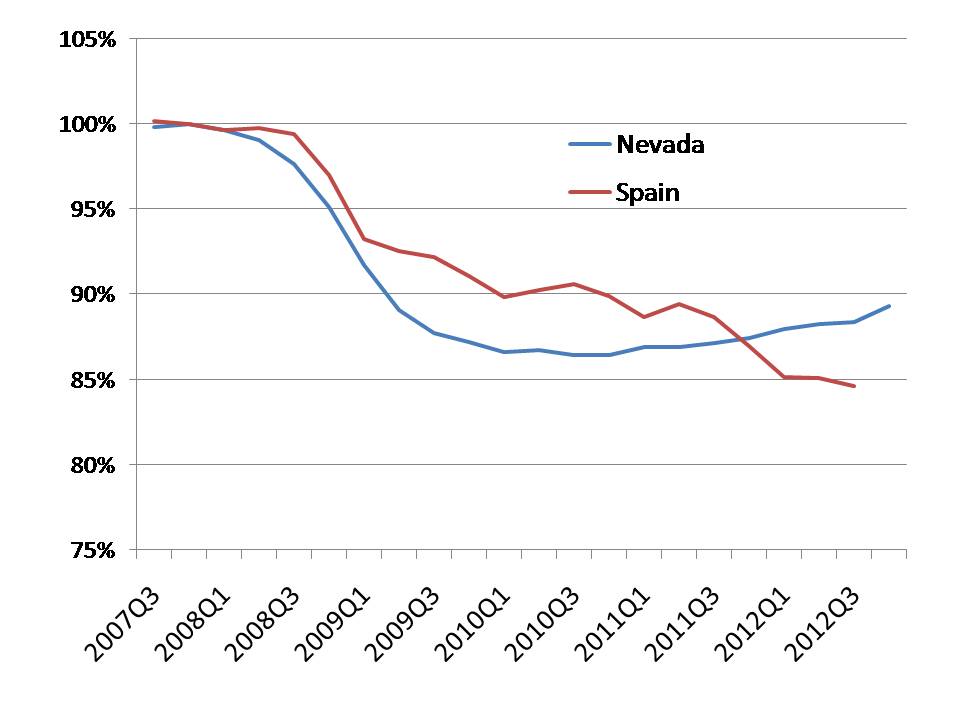 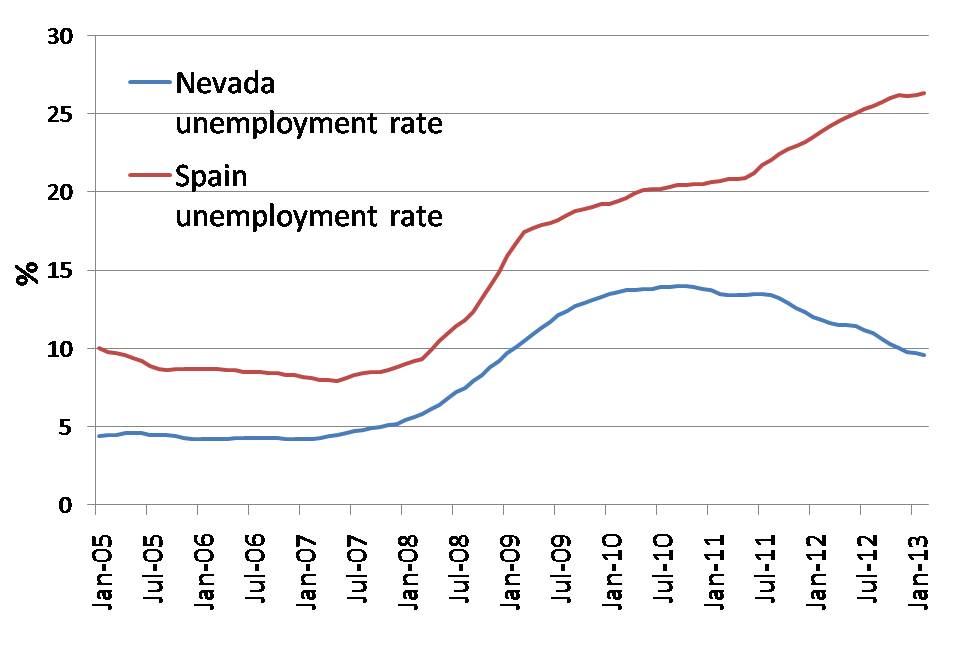 In Europe, the labor migration response is a lot less intense than in the US (except maybe from Central and Eastern Europe, where lower relative income levels are an additional motivation). You need a huge shock to move people away from their familiar language, environment, friends and families. Greek and Spanish workers have started to move to places like Germany, but only after unemployment levels reached astronomical levels (for young people they are above 50% in both countries). However, more prosperous EU countries such as the UK or Germany may introduce measures curtailing migration in light of the crisis. Most recently, for example, the Cameron government announced plans to clamp down on welfare benefits for migrants.

In the Eurozone, most politicians now came to the conclusion that if they want to maintain a common currency, they need to have a common fiscal policy. That may be necessary, but not sufficient. A common and well functioning labor market may be necessary as well.