Many people think that a slowdown to say 4% growth in China would be unimaginable. But how about minus 4%?

It has always been a question of when, not if. China’s per capita GDP has grown almost 6 fold in the past 20 years, a compound annual growth rate of more than 9%. No country – outside some small ones with natural resource booms - could match that performance. Japan came close with an 8.4% compound growth rate between 1950 and 1970. That kind of growth rate cannot be maintained forever. We think that given its income level, it is likely that in the next two decades China will grow by something like 3-4% per year. That is still very respectable for the middle income economy China has become. But a slower growth trend also means that recessions are more likely. Japan experienced its first post-WW2 recession in 1974, and after that its growth rate rarely exceeded 4% 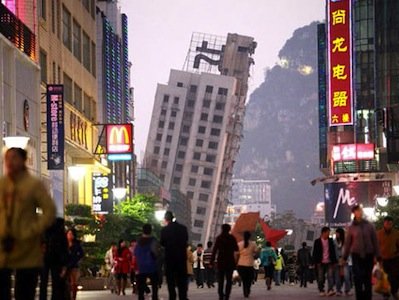 A lot of things would fall with it.... Source: www.businessinsider.com

China has become hugely important for the global economy. It contributed more than 40% to global growth between 2007 and 2012. China already surpassed the U.S. as the world’s largest manufacturing nation in 2010. Given its current size, a 3 percentage point reduction in its growth rate, other things being equal, would slash global growth rates by about 0.5 percentage point.

What is currently happening in China?

The interest rates that banks pay each other on short term loans have shot up; borrowing has suddenly become prohibitively expensive, and lending has effectively stopped. This may lead (and probably has already led) to defaults of some financial firms as well as other companies, as the financial obligations and incomes do not match each other.

Why liquidity dried up has been much debated. The massive credit boom which followed the global crisis, combined with a quite inefficient allocation of the money, should inevitably lead to a crunch sooner or later. Slowing economic growth is surely part of the reason why lending has become harder. It does not help that a large chunk of the recent credit boom happened outside the formal banks, in the ‘shadow banking system’, to bypass the strict regulations on the former. And it appears that the Central Bank was for a while reluctant to intervene to reduce pressure (as it does usually by lending). This was intended to ‘discipline the markets’ and ‘reduce excesses’.

Eventually the Central Bank stepped in to supply liquidity. This was inevitable as without this the system would have imploded. But calming the markets now will be much harder. Previously market participants had thought they would be saved no matter what. Now they might think they won’t. This may lead to more capital outflows. Credit growth will surely slow, slowing the economy.

So is this leading to a recession in the near future? No one knows, not least because statistics are so unreliable in China. The Central Bank for now may be able to keep things under control, and the government could shovel more money into the economy to put off tough decisions once again. But winding down the credit-driven boom will not be straightforward – the credit to GDP ratio is probably above what it was in the US before the latest financial crisis.

China has contributed even more to global demand growth than to global GDP growth (its trade surplus has shrunk over the past 5 years). The composition of demand was interesting too: China’s was an increasingly investment-led, capital-intensive growth. It still invests about 50% of its GDP, and its share of global fixed investment is about 30%. China has been a great importer of investment goods. Its growth has been very commodity-focused and to some extent energy-intensive as well. And all this was driven by easy credit and cheap capital. Huge productive capacities (and unproductive, empty cities) have been built up.

From this it roughly follows what we could expect from a slowdown that is led by domestic factors and a “deleveraging with Chinese characteristics”. 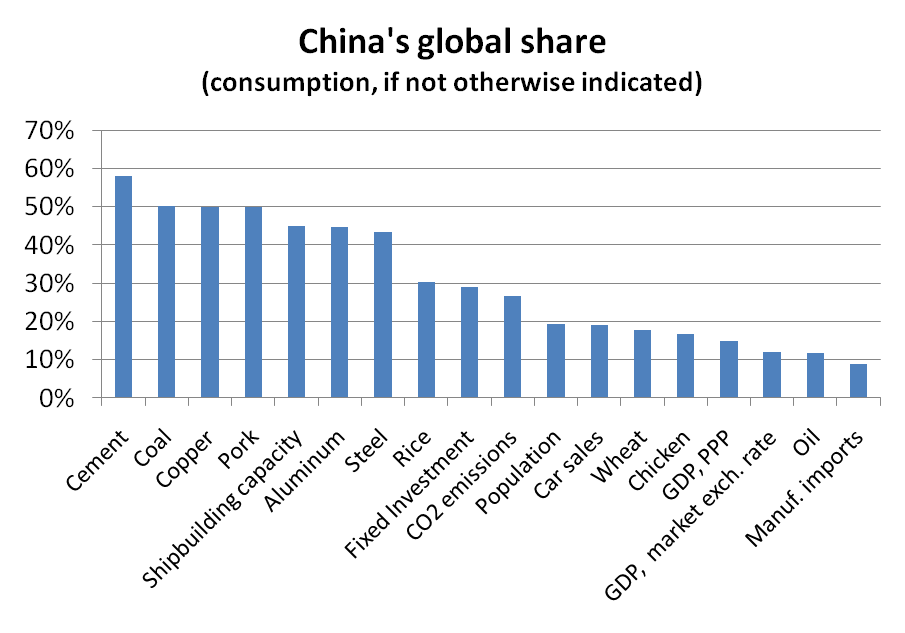 The political/social consequences would potentially be as interesting as the economic ones. Would China democratize, as Indonesia did after the 1997 Asian Crisis? Would the sudden slowdown lead to social upheaval akin to the Arab Spring? Would its leadership turn more nationalistic/expansionist abroad, to distract attention from domestic problems? The China-Japan tit-for-tat war of words regarding the Senkaku/Diaoyu Islands of the East China Sea already reminds some analysts of German-British rivalry prior to WWI, with everyone convinced they are right and that the other would back off. (And then we haven’t even mentioned China’s territorial disputes with practically all its other neighbors and the naval bases and cities it is building on faraway atolls.)

A Chinese slowdown would postpone the moment when the Chinese economy overtakes that of the US. Currently the IMF is forecasting this to happen in 2017, on a purchasing parity basis. But a year of, say, zero growth and then some more modest per capita growth rate of 3-4% could easily push that date to the mid-2020s, and in actual dollar terms even later (you can play around what your own assumptions would mean in the Economist's calculator).

Importantly, it would also change the perception of the inevitability of China eventually becoming the sole superpower.  India is enjoying  a lot better demographics than China, and by the late 2020s the overall size of its economy may well be around 2/3 that of China and growing faster. An Indian-US military alliance could easily contain China. The two economies combined will be consistently above the Chinese one by at least 50%. Maybe the echoes of pre-WWI Germany contained by the alliances of weaker countries is not too comforting, but a slower Chinese growth means more chances of a multipolar world. 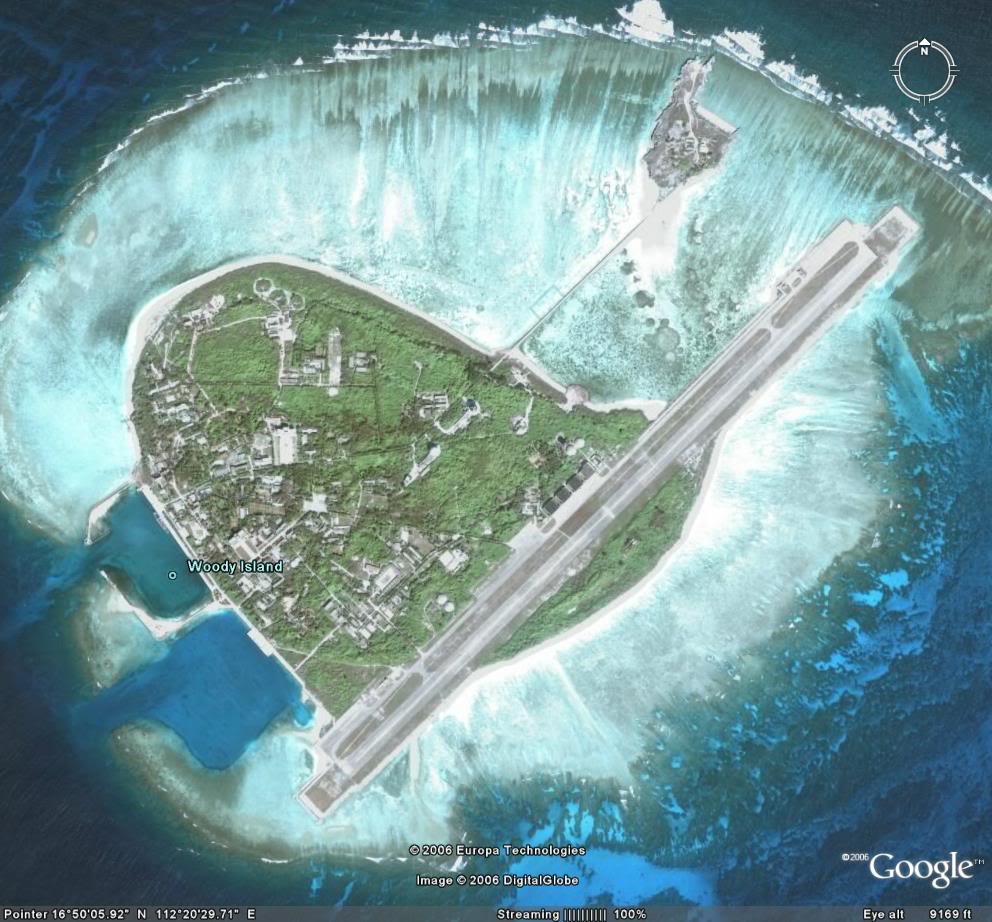 Look, a Chinese airport have sprouted on this atoll...Source: tinawa.net